Perched on one side of this upstart, food-court competitor, there’s a Five Guys. On the other side, there’s an A&W All American Food stand. But the fast-food joint often attracting the longest lines at the bustling Florida Mall in Orlando, Florida, is a chain that most mall-goers had never even heard of just a few months ago: El Meson Sandwiches.

El Meson is a Millennial-friendly Puerto Rican chain that hopes to ultimately achieve the kind of cult-like status in the U.S. market that it’s already earned in its native Puerto Rico. It dipped one toe in the U.S. water this summer by opening this, its first domestic location, with plans to open four more company-owned, free-standing stores in the Orlando market over the next two years. If that works, look for franchises to begin rolling out by 2018. 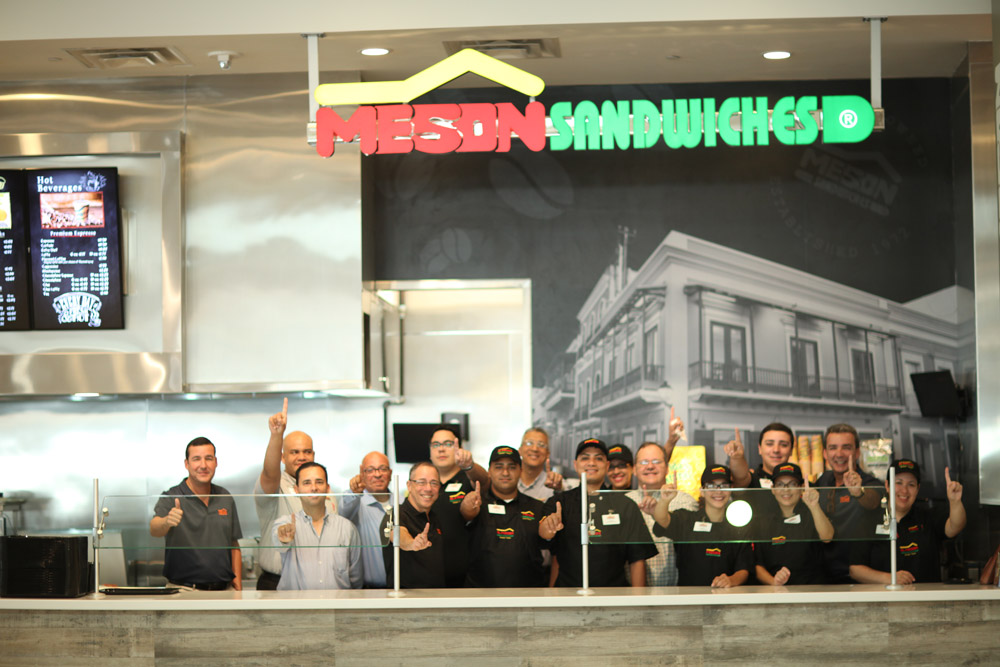 At issue: Can the Caribbean cool—and funky flavors—of the 36-store sandwich chain whose roots run long and deep in the Caribbean culture actually become a hit on the U.S. mainland? That’s what president Felipe Perez and his brother, executive vice president Gil, are eager to learn.

The early results have so far been successful. Just weeks after the opening of the food-court location in June, the unit already ranks as one of the top sellers in the food court, Felipe Perez says. “Many people don’t even know who we are,” he says, “but they’re standing in line.”

And they’re spending dough. The food-court store, alone, could pull in a whopping $1.9 million annually, Perez says. That’s almost at par with the $2 million in annual sales its Puerto Rican units average. One unit in Puerto Rico even took in $3.7 million last year, he says.

Folks spend big at El Meson. The average ticket is about $8—a few bucks more than conventional fast food. Total system-wide sales are just under $80 million, and same-store sales in Puerto Rico have jumped 10 percent this year. That’s almost triple the industry average—even in a seriously struggling Puerto Rican economy.

One industry consultant says the driver behind this popularity, particularly in the U.S. market, is the powerful and enticing flavor of Caribbean foods. “People are waking up to full flavors and new, unique seasonings,” says Linda Lipsky, a restaurant industry consultant. For health-focused Millennials, in particular, she says, “adding flavor instead of salt is a healthier alternative.”

Even then, she adds, because the chain has such a tiny ad budget in its new market, it might consider pairing marketing efforts with some existing businesses or offering “bounce-back” promotions to repeat customers, which give them discounts when they return.

That might not be necessary. Many mall employees already have become regulars, and tourists are attracted because the chain has so many unique offerings that others in the food court don’t, Perez says. “People want to try new things,” he says.

The sandwiches are mostly served on Criollo bread, a sort of sweet, French bread with a Caribbean flavor. Most are pressed on the hot grill and served with cabbage, tomatoes, and mayo. The Delicioso sandwich comes with turkey and bacon, while the White House is grilled with roast beef, turkey and mushrooms. Or, if you prefer your sandwich served on a baked potato, they’ll do that, too. 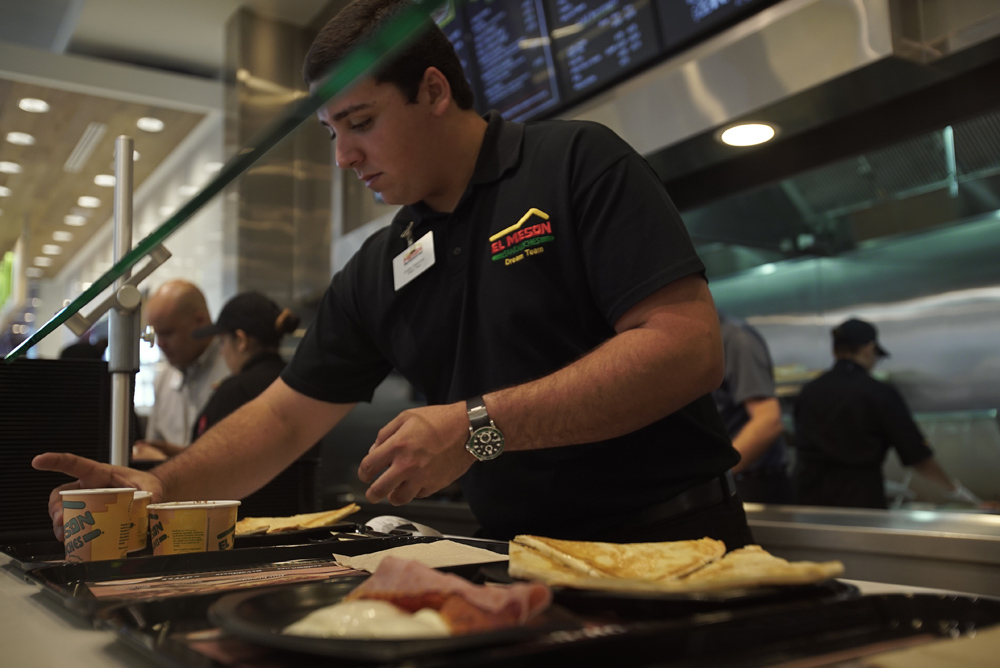 There’s more. El Meson serves breakfast all day long. Or how about dinner for breakfast? It will sell you one of its wildly popular pastrami sandwiches early in the morning. And it boasts several vegetarian entrées, including two veggie sandwiches.

It all began in 1972, in the tiny beach town of Aguadilla, on Puerto Rico’s northwestern tip, where Felipe Perez Sr., the still-active, 78-year-old father of the two brothers, opened a tiny diner that specialized in two things: home-style sandwiches and a family-like familiarity with customers. Many of those early customers were American surfers, who came by early in the day and requested big, healthy breakfasts. That led to a sandwich dubbed The Surfer, which comes stuffed with fresh vegetables and soy-based protein.

The second store in Puerto Rico wasn’t opened until 1987, shortly after the younger Perez returned from college in Jacksonville, Florida. Then growth took off. But the real test came in 2012, after the trendy magazine Travel & Leisure seemingly out of the blue named El Meson one of the world’s top fast-food chains.

That instantly created sizable expectations “that forced us to really deliver every time,” says Hector Jimenez, vice president of marketing.

Now that mission has gotten even tougher because there’s so much competition in the U.S. market.

Perez offers this advice to any foreign chain that wants to open in the U.S: learn the land. “You can’t just decide to open one day to the next. You have to know the market,” he says.

With Orlando as it’s new stomping ground, could the next location be linked to Disney World? That’s probably a stretch. Most tourists are still utterly unfamiliar with the brand.

Then again, back in the Florida mall food court, gobs of tourists, particularly Millennials, are waiting in line and zipping off Instagram posts of the meals they just purchased at El Meson.

Sure, Orlando is relatively close to Puerto Rico. But there’s another reason why Perez picked Orlando to open El Meson’s first U.S. restaurant: the chain’s long-time love affair with tourists.

What better place, after all, to wish upon a star?